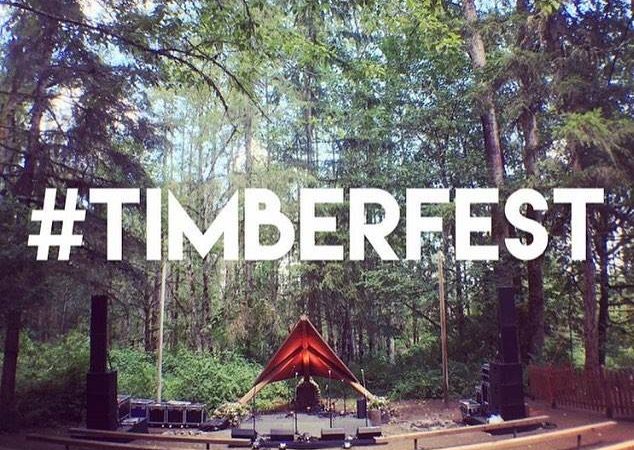 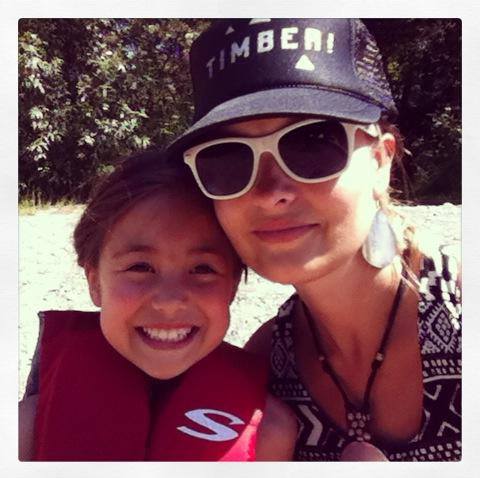 This weekend, Ashley’s family is at Timber Outdoor Music Festival celebrating Ashley’s life, while Greg will ride to Seattle to Portland (205 Miles in 1 Day) to honor Ashley and to raise awareness and money for cancer research. Below is a story of how Ashley and Greg met and their musical connection.

Like my mom, Ashley loved music. Even when her health was at its worse, Ashley always had a ticket for the next show she was going see, always another show. I actually met Ashley on November 22, 2013 at a Melodic Caring Project show featuring Brett Dennen at The Triple Door. Melodic Caring Project streams live music to children who can’t go to see live music because they are battling serious illness. They are called “Rockstars” because of their strength, courage an indomitable spirit. I was working with the project co-founder and artist, Levi Ware and #WeRideWhy Director of Photography and lead editor, Jason Tang that night, hosting the stream along with Levi. 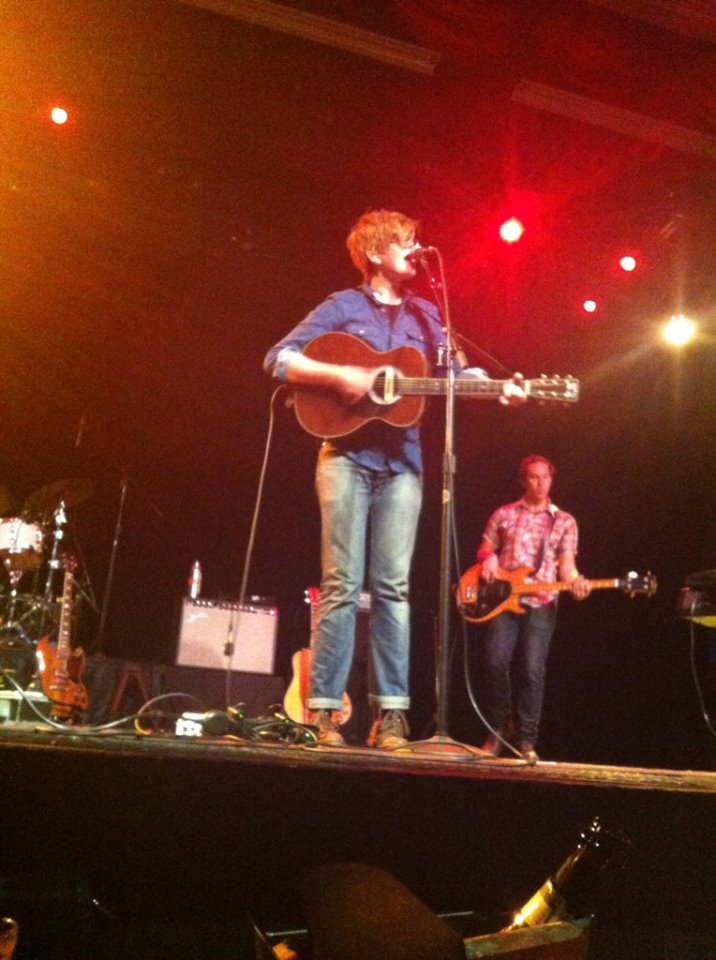 I remember handing Ashley one of the Melodic Caring Project postcards. She looked at it and her eyes lit up. She loved the whole idea of streaming music to kids. That night, Brett Dennon put on an amazing show. He gave a shoutout to every one of those “Rockstars”. After that evening, Ashley and I connected again, talked about the show and the project. She was a music fan and I was a music journalist. We became Facebook friends and would exchange messages. Ashley would watch some of the public MCP streams and really supported Melodic Caring Project.

Little did I know that when I met Ashley that night, she had already been in her battle with cancer. At the time I met Ashley, I had no idea. I started following her posts on Facebook and I saw that Ashley had cancer. I was deeply touched for some reason. I wasn’t sure at the time why, maybe because she was a mother fighting to stay alive for her child and how much she seemed to just love life. I started to think of my own mom. You could say meeting Ashley and hearing her story opened up a space to look at my own mother and the disease that ultimately took her life. I became re-present to who my mother was, her spirit, her love of music, the arts and her passion for life. I came to the revelation that my mom and Ashley not only had a lot in common, they were very much alike. Ashley reminded me so much of my mom when I saw her. It is like somehow they were connected. They would have loved hanging out together and digging on some good music.

I reached out to Ashley to offer support and shared the story about my mother and how much her struggle touched and impacted me. You could say that Ashley was the person inspired me to know my mom again from a different perspective.

When announced that I would be riding Fred Hutch Obliteride for the first time in 2016. Ashley was one of the first to encourage and support my effort and congratulated me. Given that she was battling cancer and had a daughter the same age I was when my mom passed away, I felt a strong connection to Ashley. Sometimes I would see her at shows but I was working so I didn’t get a lot of opportunity to interact with Ashley in person. We would communicate over Facebook. Our friendship took a different turn, when I decided to make her part of a story I was working on for our film, #WeRideWhy. As she shared her stories with me when we spoke and mine with hers, I grew to admire and respect who she was and who she was to her friends and family. I loved my friendship with Ashley and the short time we got to share. More on this later…

Ashley’s passion for music was beautiful. Along with cycling, music is my greatest passion as well. I was a music artist and music journalist for a few years. Music was and is my oxygen. Ashley and I spoke about going to see some shows but we never nailed things down and her health was up and down so when the time was right on my end, it was not on hers. I did get to come hang with Ash at a local establishment, Bastille and her bestie, Tasha Shives before a show in Ballard. I was feeling down and Ashley asked if I wanted to come out and meet her and Tasha. I did. I wish we would have had more of those moments.

When someone is sick and looking at the potential of death right in the eye, it is family, friends, art and music lifts them up. Music was my mom’s happy place and it was Ashley’s. When Ashley was at a concert or listening to music, or at a show, in those moments, she was cancer free because she was free and she is free now.

When Ashley was battling cancer, one of the biggest highlights of the year was the Timber Outdoor Music Festival. She shared it with her daughter Piper every year since the summer of 2013. The last couple of years, her family joined her and Piper at Timber. As you will see in the video below in which the festival’s founder organizer and artist, Kevin Sur, paid a moving tribute to Ashley and her family from the stage. Ashley’s family will be there again this year to honor Ashley and celebrate her life. They and thousands come to bask in the majesty of music, art, activities, community, and God’s glory underneath a beautiful sky in a lovely little place called Carnation, Washington (Man, I love to ride around there)!

Timber Outdoor Music Festival... is not just a music event, it is a life event. It is a celebration of community, music, art, love, and life itself. It is something you share with your family. It is an experience that stays in your heart for the rest of your life… Like Ashley.

#Timberfest you make me so happy every year. I love you

I have a few regrets in my life, one of them is that I didn’t get to share Timber with Ashley. I was there the first couple of years but I was working and there were so many people, I couldn’t seem to find Ashley in the crowd.

When we were in the process of filming, Ashley and I were speaking on the phone and spoke about Timber! She asked if I was going to be going and if we could meet up. I was registered to ride Seattle to Portland that weekend, and would not be able to attend. I promised that I would be thinking of her and we exchanged messages that weekend. While at Timber, Ashley texted me a message to let her know that she was enjoying Timber and thinking of me. This was encouraging and her words were with me as I continued to ride. I was so excited to have completed 205 miles in 1 day, I texted Ashley right away a photo of me holding up my bike after the finish (See Below).

Ashley texted me back, congratulating me. I knew Ashley was sick but I took comfort in knowing that even though Timber Fest 2017, was her last, that she was in her happy place and at peace, surrounded by family, friends, music, and God’s creation. I also take comfort in knowing that Ashley’s family is at Timber! again this year in 2019. Ashley is there too in spirit. She always will be. 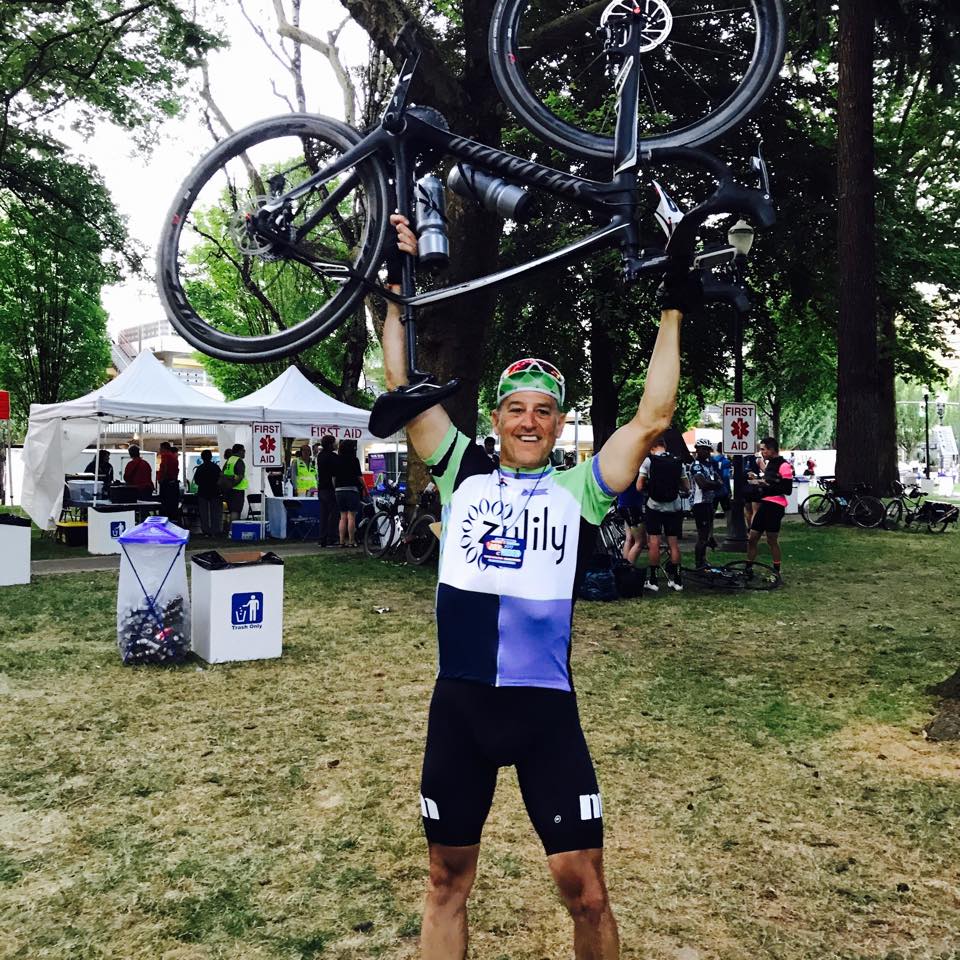 Below is a bonus content piece we produced to share the story of Ashley’s love for music and her relationship with Timber! The piece includes, shots from Jason Tang and Seattle Music Insider editor, Abby Williamson. Once again, the theme music for the film was produced and performed by our music supervisor, Andrew Joslyn, who will also be performing at Timber! who along with the Passenger String Quartet will be performing with headliner, Mark Lanegan (Kevin Sur and Andrew collaborated on a project and performed at the Fremont Abbey in November of 2018.) The narration of the video is provided by the voice of #WeRideWhy, Grammy Award winner, Michael “Wanz” Wansley (Macklemore).